The 40th match of the Indian Premier League (IPL) 2021 will be played between Sunrisers Hyderabad (SRH) and Rajasthan Royals (RR) on 27th September at the Dubai International Cricket Ground. SRH has managed to win only 1 of their 9 matches so far, and is currently placed at the bottom of the points table. On the other hand, RR has pulled off 4 wins in their 9 matches so far and standing second-last on the table currently.

In their last game against Punjab Kings (PBKS) in Sharjah, SRH suffered a close loss by 5 runs. Against PBKs while chasing 126 runs, SRH could put up 120 runs and lost the game by a narrow margin of 5 runs. On the other hand, RR Royals last played against Delhi Capitals (DC) in Abu Dhabi and they lost the game by 33 runs. Against Delhi Capitals’ 154 runs, the Royals could put up only 121 runs.

Bhuvneshwar Kumar has been spearheading SRH’s bowling attack for a long time now and he will fancy the chances against the Royals skipper Sanju Samson. The right-arm fast bowler has been very good with the new ball and he can move the ball both ways which will be very handy against Samson.

Samson has been the best player in the season for the Royals and he has moved to the third position in the race for the orange cap. He can change a game on its head in a matter of overs with his phenomenal six-hitting abilities and he will face the challenge against quality swing bowling from Bhuvneshwar Kumar.

Rashid Khan is one of the spinners in T20 cricket as he is very quick in the air and hence, most of the batsmen fail to read his variations. He will be challenged by Liam Livingstone, who is enjoying the form of his life in the last few months for any team he has played and he will be key to the success of RR in the remaining matches of IPL 2021. Livingstone’s biggest threat will be Rashid Khan who likes to battle it out and get one step ahead of the opponent.

Kartik Tyagi bowled a brilliant final over in the game against PBKS which helped the RR side get over the line by just 2 runs. He will certainly take the challenger against David Warner who has struggled against his pace. David Warner hasn’t had the best of starts in the IPL 2021 UAE phase with back-to-back failures and his dismissals have been pretty ordinary for his standards. He is one of the IPL legends and will act as a game-changer on the SRH. He will be facing the heat from Kartik Tyagi who has the pace as well. 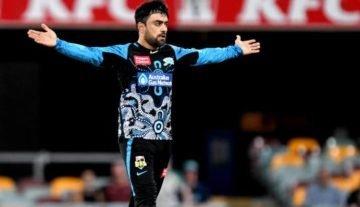