Mumbai Indians skipper Rohit Sharma has reached Dubai by a charter flight with Jasprit Bumrah and Suryakumar Yadav to play in the UAE leg of the Indian Premier League 2021. The league will resume on September 19 in Dubai with Mumbai Indians and Chennai Super Kings taking on each other.

Rohit, Bumrah and Suryakumar were in England to play in the five-match Test series. After the cancellation of the fifth Test between the two teams in Manchester, Indian players have started arriving in UAE for the league.

“Mumbai Indians flew in three of its Indian contingent members, captain Rohit Sharma, Jasprit Bumrah, and Suryakumar Yadav, to Abu Dhabi on a private charter flight. The trio, along with their families, arrived this morning and will now undergo 6 days hard quarantine, starting today as per the IPL’s guidelines,” Mumbai Indians said in a statement on Saturday.

“All members had returned negative RT PCR results before departure. A new RT PCR test was undertaken upon arrival at Abu Dhabi, which are negative as well,” added the franchise.

The IPL 2021 was originally scheduled to end in May but due to the Covid-19 outbreak inside the bio-bubble of the IPL teams postponed the league. BCCI, later on, decided to shift the IPL to the UAE once again to conclude the season. The IPL 2020 was also played in the UAE as it wasn’t possible to host the league in India.

Also Read: Rohit Sharma is tough to bowl in all formats, Mark Wood

Other than the IPL 2021, BCCI also decided to host the T20 World Cup 2021 in the UAE as well, where Oman will be the co-host. Due to a huge number of cases of covid-19 in India, the BCCI decided the inevitable by moving the tournament out of India. 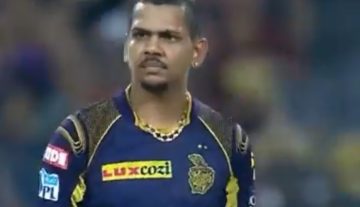