The suspended Indian Premier League (IPL) 2021 is expected to resume in the United Arab Emirates in September and the final will be played in October. The tournament was indefinitely postponed by the Board of Control for Cricket in India (BCCI) due to the Covid-19 crisis. Some of the reports of India Today suggest that IPL 2021 is expected to resume either on September 19 or 20 while the final is likely to play played on October 10.

Players from India and England, who will finish their Test series on September 14, will travel to Dubai on September 15th and are expected to remain in quarantine for 3 days before the resumption of the tournament. Negotiations are still going on between the cricket boards of India and England to plan out some details and logistics but there has been no official request or letter from the BCCI to the ECB to change the itinerary for the 5-match Test series in August.

During a recent video on Sports Today, Boria Majumdar was heard saying, “Indian cricket board will not request or ask the ECB to change the itinerary. Players are expected to travel from England to Dubai on Sept. 15, it will be a bubble to bubble transfer and will be in quarantine for 3 days.”

Boria went on to add that the Caribbean Premier League (CPL) 2021, which is scheduled to be played between August 28 and September 19 might witness a minor change in its dates so that the overseas players in the tournament will be able to join the IPL bio-bubble on time in Dubai.

Elaborating the same, Boria Majumdar informed, “The CPL 2021, which is supposed to be held from August 28 to September 19 will be readjusted. There will be negotiations between the 2 boards – BCCI and Windies cricket – and the franchises will also play a role. The CPL will, therefore, will end around September 14 or 15, it will be played entirely in St. Kitts. So everyone will be assembling in Dubai around September 15, with a possible 3-day quarantine on 16, 17, and 18.”

Elaborating the same in the video, Boria Majumdar said, “We are talking about a 21-day window for IPL 2021, still 31 matches have to be played. There will be 4 playoff days with 27 league games before that. So you start on the 19 or 20th of September, and you finish on October 10. So possibly 10 double-headers, possible 7 single-headers, and 4 playoff days to complete the IPL.” 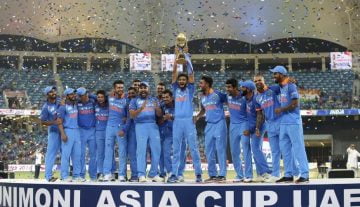