Delhi Capitals and Kolkata Knight Riders are locking horns in qualifier 2 of the Indian Premier League 2021 in Sharjah. The winner of this game will go through to the final where Chennai Super Kings will be waiting for them.

Prithvi Shaw and Shikhar Dhawan got Delhi Capitals off to a good start. Shaw smashed Shakib Al Hasan for a six and a four as he expressed his intentions straight away. Dhawan also smashed Sunil Narine for consecutive sixes and took DC off to a flier. However, Varun Chakaravarthy dismissed Shaw with his first ball of the spell.

Marcus Stoinis came out to bat at number 3. He and Dhawan tried to steady the things but they got over-cautious in doing so and runs got dried up. Shivam Mavi came to bowl the 12th over of the innings and clean bowled Stoinis on the third ball of the over.

Stoinis scored 18 runs on 23 balls where he hit only one four. He and Dhawan added 39 runs but they came in 42 balls which took Delhi Capitals’ run ret below 6. 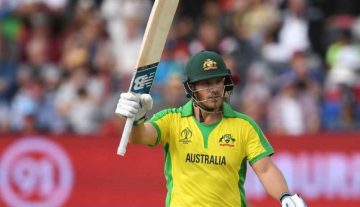