Some of the stalwarts of the game like MS Dhoni, Virat Kohli, Rohit Sharma, Jasprit Bumrah, Sunil Narine, Andre Russell, and Glenn Maxwell are among some of the big names, who have been retained by their existing franchises ahead of the Indian Premier League (IPL) 2022 auction.

Accoridng to the latest reports of Cricbuzz, all the eight existing franchisees will be finalizing their retentions by the end of the day on Tuesday. Here are some of the retention updates of various franchises:

MI is expected to surprise their fanbase as they are neither looking to retain Hardik Pandya nor Ishan Kishan. Suryakumar Yadav seems to be possible retention for the franchise alongside the stalwarts like Rohit Sharma, Jasprit Bumrah, and Kieron Pollard.  The MI management will be finalizing their retentions before deciding one of the three-way tussles between SKY, Ishan, and Hardik.

According to the latest reports, RR has taken an unexpected decision by leaving out Ben Stokes and Jofra Archer. They will be delighted though with the retention of Jos Buttler alongside Sanju Samson. Young Yashasvi Jaiswal seems to be one of the possible retentions for RR with an eye on the future.

As per the latest reports of Cricbuzz, KL Rahul will not be retained by the franchise. Mayank Agarwal seems to be the big game for their first retention. He is certainly a player who can deliver at any stage of the innings and the owners have kept the faith in him. PBKS is also looking to retain Arshdeep Singh.

Kane Williamson is certainly one of the only retentions for the franchise. Cricbuzz’s reports also elaborated that SRH will not be raining Rashid Khan as he wanted to be the first retention of the franchise, which the team management didn’t been agreed upon. And it looks like they have also retained the two uncapped talented youngsters, Umran Malik and Abdul Samad.

Apart from Dhoni, CSK will be expected to retain Ravindra Jadeja and Ruturaj Gaikwad. One of Moeen Ali, Sam Curran, and Faf du Plessis will be their choice for the foreign player retention, with CSK confirming Dhoni will be taking the final call on that matter. A top CSK official told Cricbuzz that the franchise will try hard to buy back the players in the auction they fail to retain.

Apart from Rishabh Pant, Prithvi Shaw, Axar Patel, and one of the players between Anrich Nortje and Kagiso Rabada are the players on DC’s retention list. The big debate in their camp is around Avesh Khan, who has done well. Being an uncapped player, he could come for just INR 4 crores, the price tag for an uncapped player.

The frontline choices seem to be Varun Chakravarthy and Sunil Narine, whom the franchise has taken much care of. The likes of Shubman Gill and Andre Russell are also on the list.

Besides, Kohli, RCB is considering retaining players like Devdutt Padikkal, Yuzvendra Chahal/Mohammed Siraj, and Glenn Maxwell. The point to ponder for them is who will be captaining the squad. With KL Rahul unlikely to be available in the auction, they need a quality player to step into the shoes of Kohli, who has given up captaincy. 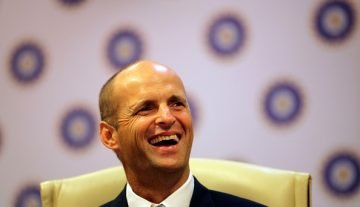