Chennai Super Kings (CSK) will be locking horns with Punjab Kings (PBKS) for the first time in the 11th match of this season of the Indian Premier Leagues (IPL) at the Brabourne Stadium in Mumbai. Currently, CSK is placed at the bottom half of the points table of this season of the IPL 2022 whereas PBKS is currently placed just a place above CSK.

On the other hand, Punjab Kings played their last game against KKR and they suffered a loss by 6 wickets. Bhanuka Rajapaksa managed to score 35 runs in that game. These two teams played 26 games against each other in the history of the IPL where Chennai Super Kings won 16 matches while Punjab Kings managed to win 10 games. Ahead of the key clash at the Brabourne stadium, we take a look at the three key player battles to watch out for.

Moeen Ali will be making comeback to the playing XI and it will be a major boost for CSK and for good reason. His spell will be crucial for CSK. Mayank Agarwal, meanwhile, gave a valuable lesson in PBKS’ last match on how a batter with intent could accelerate despite a slow start. It will thus be a cracking contest between pace and panache when Mayank and Ali face off.

And just when the world thought MS Dhoni has lost his batting skills, he rolled back the clock with a fifty in CSK’s season opener against Kolkata Knight Riders (KKR). Dhoni will fancy his chances against leg-spinner Rahul Chahar. Dhoni will look to put pressure by milking those ones and twos against Chahar and launching him into the stands as he progresses.

Shahrukh Khan has not been able to do anything special with the batting in the tournament last season, although the team had also failed to reach the ‘Playoffs’, he will be expected to bat better this year. He played an unbeaten knock in the opening game against RCB. On the other hand, even for DJ Bravo, the tournament did not bring many results last season. The franchise would expect him to be at his best this season. 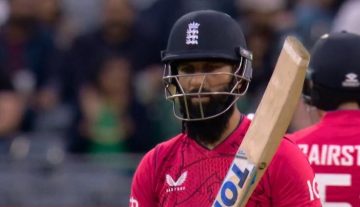