ALSO READ: Anrich Nortje Starts Training For Delhi Capitals Ahead Of Their Next Game

On the other hand, Royal Challengers Bangalore played their last match against Kolkata Knight Riders where they won the game by 3 wickets. Sherfane Rutherford had amassed 28 runs while Wanindu Hasaranga scalped 4 wickets for RCB in that game. These two teams played 22 matches against each other in the history of the IPL where Rajasthan Royals managed to win 10 matches while Royal Challengers Bangalore won the remaining games.

The revamped spin attack of Rajasthan Royals (RR) has proved to be a success after the pacers have been able to strike in the powerplay. Boult has the wood over Faf du Plessis, getting the RCB skipper thrice in 43 balls, having conceded just 37 runs. 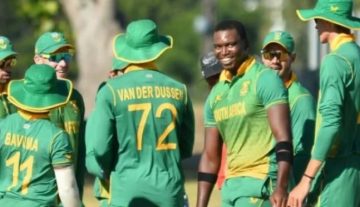