Kolkata Knight Riders have won two of the three matches they have played this season so far while Mumbai Indians are yet to open their account in the season so far. KKR played their last game against PBKS where they won the match by 6 wickets. Andre Russell smashed 70 runs for KKR in that game. On the other hand, Mumbai Indians played their last game against Rajasthan Royals where they lost the game by 23 runs.

Ishan Kishan and Tilak Varma scored the fifties as they amassed 54 runs and 61 runs respectively for Mumbai Indians in that game. These two teams played 29 matches against each other in the history of the IPL where Kolkata Knight Riders managed to win only 7 matches while Mumbai Indians won the remaining games.

Ishan Kishan will be facing his previous foe who’s troubled him quite a bit in the past. Australian quick Pat Cummins has dismissed the young batter thrice in their previous encounters. Kishan’s last couple of games for Mumbai were run-filled with scores of 81* and 54 giving him the much-needed confidence to have a go against the KKR bowling unit tonight. This will be a classic contest of pace vs power in Pune.

It’s mystery vs magic when Sunil Narine loads up to bowl against Rohit Sharma. He has dismissed the skipper seven times in the last 18 innings. Unleashing Narine in the powerplay might not be a bad idea considering he has dismissed Shamra quite a few times in the IPL. Sharma is yet to notch up a fifty in the 2022 edition, and this might be the game where he hits his straps.

Jasprit Bumrah may have been expensive for Mumbai in the first game against Delhi, but he bounced back with a three-wicket haul against Rajasthan. With Kolkata’s openers in a bit of a slump, he will be eager to prize out the top two and get the better of their skipper Shreyas Iyer. Iyer has managed to get off to starts but is yet to play the defining innings that is expected of him. How he fares against a fiery Bumrah remains to be seen. 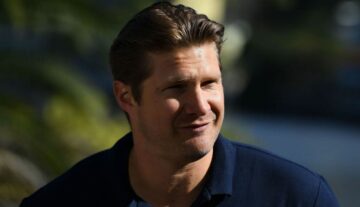