The 48th match of the Indian Premier League (IPL) 2022 will be played between Gujarat Titans (GT) and Punjab Kings (PBKS) at the Dr DY Patil Sports Academy in Mumbai. GT and PBKS will be locking horns with each other for the second time in the forty-eighth match of this season of the IPL. Gujarat Titans are standing at the numero uno position in the IPL 2022 point table whereas Punjab Kings is currently placed at the seventh spot on the points table.

Gujarat Titans have played 9 games this season so far and they have lost just one game with 8 wins already in their pocket. On the other hand, Punjab Kings also played nine matches this season where they managed to win just four games. The Titans played their last game against Royal Challengers Bangalore (RCB) where they registered a close win by 6 wickets. David Miller and Rahul Tewatia smashed 39 runs and 43 runs respectively for Gujarat Titans in that game.

On the other hand, PBKS played their last game against Lucknow Super Giants where they lost the game by 20 runs. Mayank Agarwal and Jonny Bairstow scored 25 runs and 32 runs respectively for Punjab Kings in that game. The last time they played against each other this season, Gujarat Titans beat Punjab Kings by 6 wickets.

Hardik Pandya was being nursed after being hit by an Umran Khan delivery in the previous game. There has been no update regarding his fitness ahead of this game. Mohammed Shami has never dismissed Shikhar Dhawan in IPL. Lockie Ferguson, on the other hand, has dismissed the southpaw thrice in almost 8 overs.  Similarly, Rashid Khan has dismissed Dhawan four times in 44 balls. Given Punjab’s struggles against Kuldeep Yadav and Krunal Pandya this season, there could be a case to bring in R Sai Kishore.

Kagiso Rabada has managed to keep Shubhman Gill in check, conceding only 20 runs in 32 balls, and dismissing the Titans’ opener twice. However, has some concerns over their batting order as they often crumble in crunch situations, they would like for their top-order to fire otherwise GT bowlers will be exploiting Punjab’s fickle middle-order. 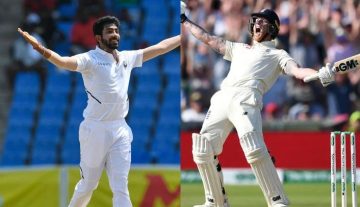