Punjab Kings (PBKS) and Delhi Capitals (DC) will be locking horns with each other in the 64th match of the Indian Premier League (IPL) 2022 at the DY Patil Stadium in Mumbai. So far this season, both teams have won six and lost as many matches. Both teams have registered a couple of wins at the DY Patil Stadium this season, with PBKS losing twice and DC losing thrice.

In the reverse fixture earlier this season, DC registered a comfortable nine-wicket win with more than nine overs to spare. A win is extremely crucial for both the teams here to boost the playoff chances of both these teams. Jonny Bairstow after being backed by the team despite a bad form has responded with a couple of back-to-back fifties.

As far as DC are concerned, David Warner is continuing his phenomenal form in the league, despite being shifted to another franchise. Kuldeep Yadav and Anrich Nortje have been the top bowlers for the team. In the 29 meetings between the two sides in IPL so far, PBKS is leading the charts 15-14 against DC in the head-to-head battles. In the last 5 meetings, however, it’s 4-1 in favor of DC.

Let us dive into RR vs DC Key Players Battles in detail.

The last time when these two sides met Shikhar Dhawan failed to do much as PBSK eventually got bundled out for a meager score of 115. Dhawan has been pretty consistent in this season so far. It is herein that the role of Khaleel Ahmed becomes crucial. Khaleel currently ranked 13th in the wicket-takers chart will be DC’s biggest hope against Dhawan.

Liam Livingstone has played a few interesting cameos but hasn’t really failed to churn out his best in the season so far. He is arguably PBKS’ most important batsman. He has the game to play the role of both an anchor and an aggressor. Livingstone needs to step up big time if the Kings aspire to jostle reach the playoffs. Kuldeep Yadav who has been in the form of his life will test Liviingstone. As Livingstone is someone who is susceptible to spin early, Yadav will fancy this duel.

It is a well-established fact that Rishabh Pant loves attacking the spinners. Pant is yet to play an impactful knock this season. He has thrown away promising starts. Now with DC being at crossroads, it might just be the right time for Pant to stamp his authority. He will be up against Rahul Chahar. Chahar is someone who doesn’t shy away from a challenge. He has already come up trumps against a few of the best players of spin this season. 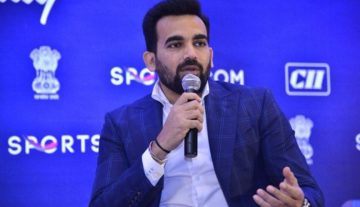