Mumbai Indians (MI) will be locking horns with Sunrisers Hyderabad (SRH) in the 65th match of the Indian Premier League (IPL) 2022 at the Wankhede Stadium. Under the captaincy of Rohit Sharma, MI is coming off a comfortable victory against the Chennai Super Kings (CSK) in their previous game despite a hiccup while chasing at the start.

With just three wins in 12 games, Mumbai Indians haven’t had much to be delighted about, and they will be looking to sign off the season with a win. On the other hand, Sunrisers Hyderabad has gone into a shell after starting so well and has lost all their last five matches on the trot.

The Kane Williamson-led side has a negative run rate as well and hence, they will need to win their remaining couple of matches by a big margin and hope for the other results to go their way as well. In the 18 meetings between the two sides in IPL so far, MI is leading the charts 10-8 against SRH in the head-to-head battles. In the last 5 meetings, however, it’s 4-1 also in favor of MI.

Jasprit Bumrah has managed to dismiss Nicholas Pooran twice in nine balls, conceding just seven runs. Kieron Pollard has also dominated Bhuvneshwar Kumar, who has otherwise been outstanding against MI. However, it remains to be seen if Pollard plays in the inconsequential match.

Rohit Sharma has struggled to score runs against Washington Sundar and Shreyas Gopal, both of whom have combined to dismiss him four times in 37 balls while conceding close to run-a-ball. Expect Washington to bowl the first over. Meanwhile, in each of Ishan Kishan’s last three dismissals in the powerplay, he has been dismissed by a left-arm seamer – twice to Mukesh Choudhary and once to Boult. 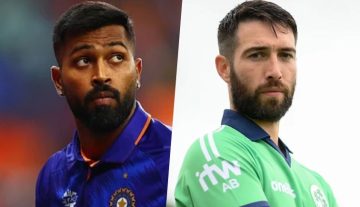