India youngster Ishan Kishan has made a name for himself by now with his stunning batting show. He is someone who is known for his destructive batting from the very first ball. He made his ODI debut with a first-ball six and then hit a boundary off the next ball as well. 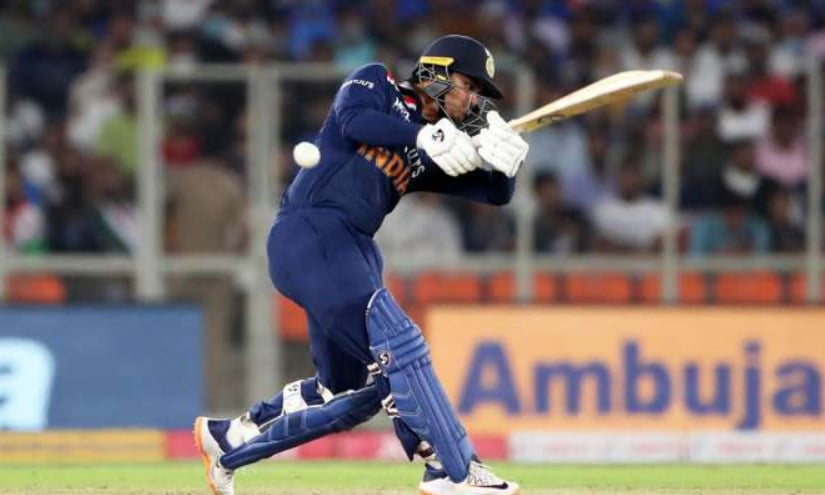 However, recently, in a pre-training chat for the Mumbai Indians, Ishan Kishan has shared that it was not necessary for him to hit the first ball for a six as well. But, he tries to middle the ball as soon as he starts his innings so that he got comfortable in the middle.

“No, it’s not like I always go for a first-ball six. But I know my game. I may or may not be in a positive mindset on the very first ball. In a lot of matches, it so happens that you go in and think to yourself to just play the ball a little before settling down and hitting big. But that is not my game. “It’s the opposite for me. As soon as I go in, I need to middle the ball,” Ishan Kishan stated.

Ishan Kishan further stated that because of his attacking mindset from the beginning, he has been asked to focus a lot more from the time he goes to bat. However, he had a poor show in the first half of the IPL 2021 season where he could manage only 73 runs in five games.

“I’ve been told that if this is my game plan, I must remain focused from the first ball, keep watching the ball and middle it. That is why this advice has been given to me, and I will look to do that,” Ishan Kishan concluded.

Mumbai Indians will begin their second phase of the IPL 2021 campaign against the Chennai Super Kings on September 19 in Dubai as well.

News
By SMCS - Jul 3, 2022
Rohit Sharma Out Of Isolation After Having Tested Negative: Report