Bengal speedster Ishan Porel is hopeful of his good form in New Zealand where he will play for India ‘A’. He is doing good in the ongoing Ranji Trophy. He is a part of India ‘A’ squad which will tour New Zealand for two four-day matches which will take place from January 30 to February 2 and February 7 to February 10 after two tour matches and three one-day games respectively. On Friday, he took three wickets as Andhra were reduced to 110/7 in reply to Bengal’s 289 in the first innings on the third day of the ongoing Ranji Trophy group A encounter at Eden Gardens here.

“Hanuma Vihari’s wicket is most satisfying. He is technically very sound and is a current India player. I got him out in Deodhar Trophy with a bouncer. I do have a knack of getting good batsmen out,” the U-19 World Cup winner said.

“I have played there before. I know somewhat what the conditions can be. I am going at the same time maybe 15-20 days apart. It won’t be a big difference. The way I am bowling here, hopefully if I can continue will do well,” said Porel.

Ishan Porel said it was unfortunate not to have his role model Ashok Dinda in the Bengal team.

“He’s my role model. He’s a seasoned campaigner with more than 400 first class… The way he guides you through from mid-on and mid-off has always been helpful.”

Dinda was suspended by the Cricket Association of Bengal (CAB) for abusing the bowling coach Ranadeb Bose on the eve of the match. Porel added that he does not feel any pressure in leading the Bengal pace attack in the absence of Dinda and veteran Mohammed Shami.

“I am in good form and I am enjoying that. There is no pressure,” he shared. 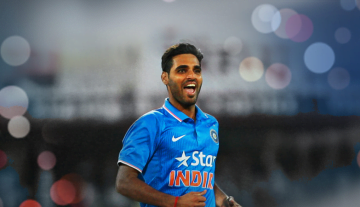 News
By Sandy - Aug 28, 2018
Fit Bhuvneshwar Kumar returns in cricket for India A