The veteran Indian fast bowler, Ishant Sharma hurt his ankle badly while bowling during a Ranji Trophy game between Delhi and Vidarbha on Monday. His injury can prove to be a massive blow for Indian cricket fans as the Test squad for the New Zeland tour will be announced in a week or so.

Ishant was expected to play a crucial role during the upcoming New Zealand tour, where top-ranked Team India will play two-match Test series, scheduled to commence on February 21 in Wellington. The news regarding Ishant’s injury is also likely to disturb the team combination.

Spearheading the Delhi attack against Vidarbha, their yet to come to any official confirmation the extent of Ishant’s injury, but he looked in real pain as he hobbled off the ground with the help of support staff. The injury happened in the fifth over of Vidarbha’s second innings and Ishant’s third over.

It was a short delivery, which rival skipper Faiz Fazal tried to pull but the ball hit the pads, as Ishant vociferously appealed on the follow-through before slipping suddenly. He was suddenly in excruciating pain and needed immediate medical help. Ishant had taken three wickets for 45 runs in Vidarbha’s first innings.

Sharma has played as many as 96 Test matches are expected to be in the Test squad for the New Zealand tour and this is his last Ranji game of the season.

His next outing is supposed to be a practice match in Hamilton but in case the injury turns out to be serious, he will be going to the National Cricket Academy (NCA) for a rehabilitation program. The second Test of the series will be played in Christchurch and it will start from February 29 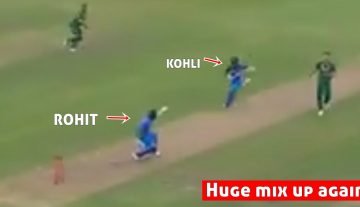