Former Indian opener, Gautam Gambhir, who is currently serving as BJP MP from the East Delhi constituency has been threatened with death. In fact, Gambhir has contacted Delhi Police and told them that he has received death threats from ‘ISIS Kashmir’. DCP Central Shweta Chauhan said that as soon as we got information about this, we have started an investigation in this matter.

He said that the investigation of the matter is going on at present. Apart from this, he told that for safety, security has been increased outside Gambhir’s house.

BJP MP from East Delhi Constituency &former Cricketer Gautam Gambhir has approached the Delhi Police, alleging he has received death threats from 'ISIS Kashmir'. The investigation is underway. Security has been beefed up outside Gambhir's residence: DCP central Shweta Chauhan

Along with this, he has also shared an e-mail threatening to kill him. The name of the sender of this mail is ISIS Kashmir. Security has been beefed up outside his house after receiving the mail. Let us tell you that the cricketer-turned-politician is often in the news for his impeccable opinion. He has been found to express his opinion on every serious issue. He has given statements against terrorism many times in the past as well.

He has requested adequate security arrangements in the wake of the threat. In a letter sent to DCP central district written by Gaurav Arora read: “This is further to our telecommunication, we have received an email from ISIS Kashmir on the official email ID of Gautam Gambhir on Tuesday evening. The mail states death threat to MP and his family. I, therefore, request you to look into the matter and make adequate security arrangements.”

ALSO READ: Ajinkya Rahane Feels His Personal Forms Is Not A Matter Of Concern

On the other hand, DCP central, Shweta Chauhan said, “Gautam Gambhir has approached the Delhi Police, alleging he has received death threats from ‘ISIS Kashmir’. The investigation is underway. Security has been beefed up outside Gambhir’s residence.” 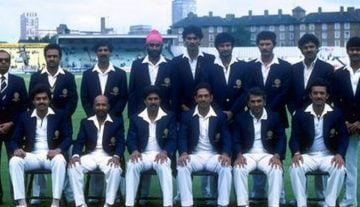