The Kolkata Knight Riders (KKR) have not retained a few of their key players ahead of the upcoming mega-auction of the Indian Premier League (IPL 2022). Meanwhile, Head coach Brendon McCullum has revealed that it was important for KKR to go ahead as per the plan. And, he has stated that it was disappointing for them to release a talented player like Shubman Gill from their team.

Brendon McCullum said: “You need to plan as you’re going to lose a lot of players. It was disappointing to lose Shubman Gill. But that’s the way life is sometimes and we will be well prepared for the upcoming auction.”

Meanwhile, Shubman Gill will not go under the hammer at the mega auction as the new Ahmedabad franchise has picked him for the upcoming edition. On the other hand, KKR has retained three all-rounders in Sunil Narine, Andre Russell and Venkatesh Iyer along with Varun Chakravarthy.

Brendon McCullum further added: “Sunil Narine and Andre Russell have been proven campaigners for a decade. We have all seen what Varun Chakravarthy is capable of in the last two seasons. Venkatesh Iyer was probably the story of the second half of IPL 2021.”

The much-awaited IPL 2022 mega-auction is all set to take place next month in Bangalore. Along with filling up their team with top performers, KKR will have to search for a captain in the upcoming season as well. KKR signed veteran Australia speedster Pat Cummins for a whopping INR 15.50 crores, McCullum added that he was a really good pick and he repaid the faith too.

However, Cummins picked up nine wickets from seven games in IPL 2021 which came at an economy rate of 8.83 as well. He also scored a stunning half-century as well.

“I think Pat Cummins was a pretty good buy. While some would say he did not perform as he should have, I disagree. He was brilliant across disciplines without statistically being a really high achiever. You are prepared to go hard for guys like him,” Brendon McCullum concluded. 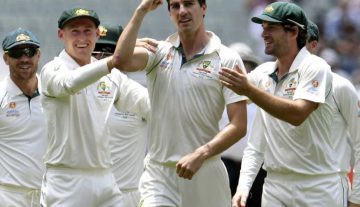