Jaipur’s Sawai Mansingh Stadium might not be able to become the forte for Rajasthan Royals in the next season of IPL. According to TOI, the Rajasthan Cricket Association is still awaiting for rebounding with the BCCI, and the reports suggest that the process might get delayed by another month, due to confusion over a date of the Rajasthan High Court.

Talking about the same, one of the RCA officials said, “The judge wanted to know when the BCCI SGM was scheduled. When we informed him that it was on December 11, he had deferred the hearing to December 12. However, because of some miscommunication, the date was put as January 12 on the official register. Justice Bhandari went off on a month-long vacation on December 13, and there wasn’t enough time to reschedule the hearing before his departure.”

BCCI was expected to communicate it’s decision concerning RCA, to the High Court first, but that doesn’t seem to be happening before 12 January. With this kind of delay, Jaipur might not be able to host the IPL matches, as the schedule and venues for the matches are decided much in advance.

After the December 11 SGM, CP Joshi, RCA President made a request to the BCCI to allot Royals’ home matches to Jaipur’s Sawai Mansingh Stadium, but they still didn’t receive any reply on the same. Though cancellation is imminent, still BCCI is expected to wait a little longer, till all the conditions are met by RCA. 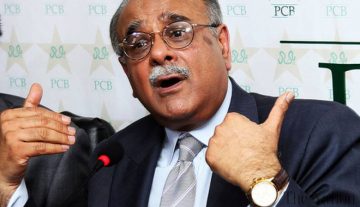