Veteran England pacer James Anderson has opined on Stuart Broad, who registered an unwanted history on Day 2 of the fifth Test against India at Edgbaston on Saturday, July 2. He also felt Broad was unlucky as one of those top-edges from Jasprit Bumrah could have gone into the fielder’s hands as well but it didn’t happen and he conceded 35 runs off an over towards the end of the Indian innings. While he smashed 29 runs, six runs came off extras only. 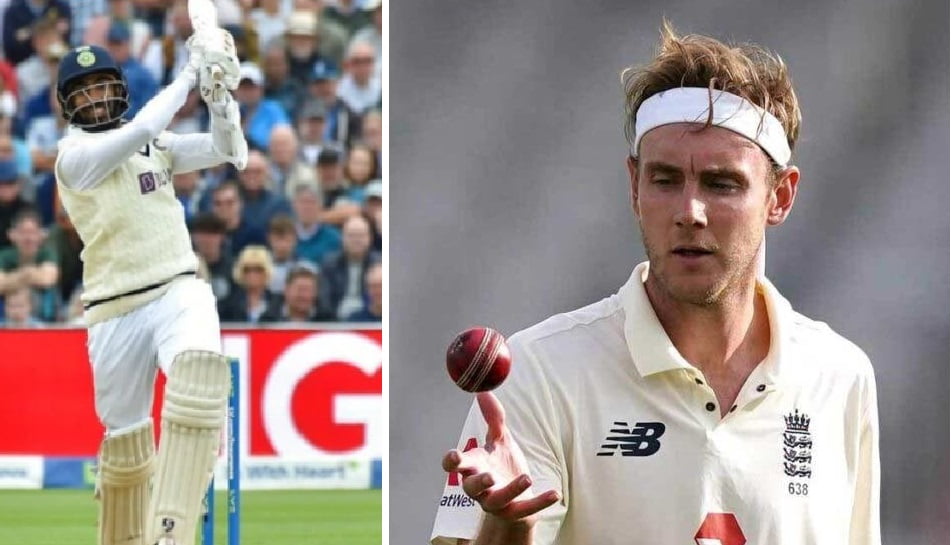 Meanwhile, Anderson, who took his 30th fifer in Test cricket, stated that Broad’s over wouldn’t have been under discussion had one of that top-edges friend landed into the fielder’s hands and that he lacked fortune.

The right-arm seamer said, as quoted by ESPN Cricinfo: “Yeah, it is just one of those things. On another day one of those top edges goes straight to hand. If that gets taken nobody talks about the over. I thought it was pretty unlucky. There are plenty of top edges, and a couple of good shots but that’s the one Ben wanted Broady to go with. Broady stuck to it and on another day when the luck was with Stuart an edge probably would have gone to hand.”

The veteran pacer also stated that bowling to tailenders is challenging, recalling how Mohammed Siraj tried to take place.

James Anderson said: “Sometimes it can be easier to bowl at top-order bats to be honest. I do remember a few balls to Siraj: he tried to hit two out of the ground and the next one played a perfect forward defence. It can be tricky to get into a rhythm against them. You’ve just got to try and back yourself that your best ball will get them out eventually.”