The India fan named Jarvo interrupted the play yet again during the ongoing 4th Test agast England at the Oval during the 34th over of the game. Jarvo, who has breached the security thrice in the series, came down running at Kennington Oval while Umesh Yadav was getting ready to bowl the 3rd ball of his over.

Jarvo completed his run-up and then failed to control his run-up and eventually crashed into Jonny Bairstow, who was standing the non-striker’s end. He was escorted out soon but the third breach has raised questions over the security protocols in place for the safety of players and officials. Here is the video of the incident:

Jarvo taking his revenge against Bairstow who asked him to get off the field last game 😂😂….Jarvo the most successful pitch invader of all time #ENGvIND pic.twitter.com/fBoshoPjBW

Jarvo has been able to turn a lot of heads when he walked out to the field for Team India. He also interacted with a couple of players on the occasion. During the Leeds Test, he came out wearing his batting gear after Rohit Sharma was dismissed. Indian skipper Virat Kohli was expected to come out to bat at number 4. In the ongoing Test, he came out to bowl but couldn’t fulfill his wish.

Jarvo has already been banned by Yorkshire Cricket Club and the Kennington Oval’s authorities are also expected to take any action against him. Meanwhile, Jarvo recently claimed that he is an Indian and will support his team even if they are playing the World Cup final against England.

As per the quotes in Crictracker, Jarvo said, “It’s a very long story. I was there with my friends at Lord’s and we were drinking. We could see the Indian players practicing and I thought I’ll have a chat with them between the balls and they talked like normal and I was like wow what fellas. They are not like the English team who’ll ignore you. The Indian players will chat back to you and we really like that. Then, I came with the idea of coming back as an Indian player.”

He further added, “So, the next time, I got the kit and everything. If it’s England vs India, I will not lie about this. I’ll probably support India because they have been great to me. The England team was moody when I was in the Lord’s Stadium. And, I am an Indian now. So, the team means a lot to me.” 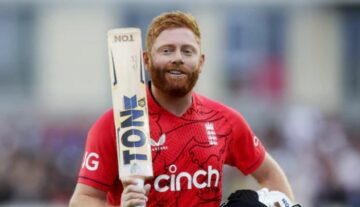