Daniel Jarvis as known as Jarvo has already made headlines in recent times by becoming a regular pitch intruder. He has done it in the ongoing five-match Test series between England and India. And, with this, he has become famous in the whole cricketing world. 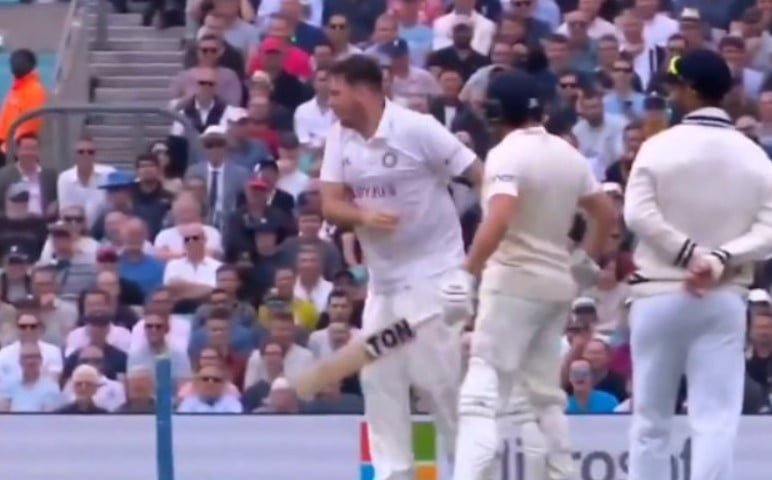 He started it after crashing into the pitch during the second test at The Lords. There, he was seen wearing the Indian jersey and claimed to be a part of the Indian team as well. Later, in the third test match at Headingley in Leeds, he once again intruded. But, this time, he came in as an Indian batsman and made fun of the Indian batsmen who were all out for a mere 78.

However, after that, Jarvo was banned by the Headingley ground authority. And, he has faced a lifelong ban there as well. After facing the ban in Headingley, he reached London and during the fourth test match between England and India, he once again intruded on the pitch.

It happened during the 34th over of the England innings on day 2 when Jarvo came running into the pitch. And, he was seen doing the action of bowling to Jonny Bairstow. And, with this, he has crossed all the limits as well as he came across Jonny Bairstow and collided with him as well. However, the security personnel on the ground took him away.

While these incidents have been posing a huge risk for the players, ECB’s failure to stop Jarvo makes things worse and also the board has come under the scanner. However, Jarvo has been arrested by the Police after the incident happened with Jonny Bairstow.

As far as the game is concerned, Team India have been in a great position. They posted 466 runs on the board in their second innings and gave a huge total to England to chase down. England, on the other hand, put up 77 runs before the stumps on Day 4 as well.