The Board of Control for Cricket in India (BCCI) secretary Jay Shah registered an easy win over his boss on Wednesday as his team outplayed board president Sourav Ganguly XI by 28 runs in a friendly cricket match played at the Motera Stadium in Ahmedabad. Batting first, the Jay Shah XI registered a huge score of 128 for 3 on the board in the 12-overs-per-side match with Jaydev Shah (38) and former Indian skipper, Mohammad Azharuddin (37) making significant contributions to the team’s total.

Captain Jay Shah could only manage 2 runs from 6 balls before getting dismissed by his counterpart and BCCI president Ganguly. Former BCCI treasurer Anirudh Chaudhry only managed to score 10 off 7 balls that included a six. During the chase, Ganguly XI was restricted to 100 for 4 in 12 overs with Ganguly’s 32-ball 53 not turning out to be a wasted effort.

Shah failed with the bat but starred with the ball for his team as he scalped a couple of wickets for 39 runs from 4 overs while Jaydev Shah also bagged one scalp. He could have had a third, but Ganguly’s catch was dropped off his bowling. The players from both teams were dressed in retro kits, the pictures of which went viral on social media.

The match was played at the renovated Motera Stadium, which has become the largest cricket stadium in the world with a seating capacity of more than 1,14,000 people. The stadium is yet to host any competitive match and will do so in February when England visit India.

Several important issues pertaining to Indian cricket will be discussed at the 89th AGM of BCCI on December 24. The preparations for the England team’s tour to India, Sourav Ganguly’s conflict of interest controversy, resumption of domestic cricket, and a 10-team Indian Premier League (IPL) will be on the agenda of BCCI AGM. 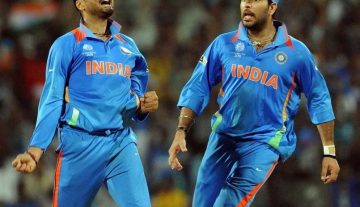