Jeremy Solozano, who has made his debut for West Indies in the first Test against Sri Lanka in Galle, has got a nasty blow on his head. It happened by a shot from Dimuth Karunaratne and he was immediately taken to the hospital as well. 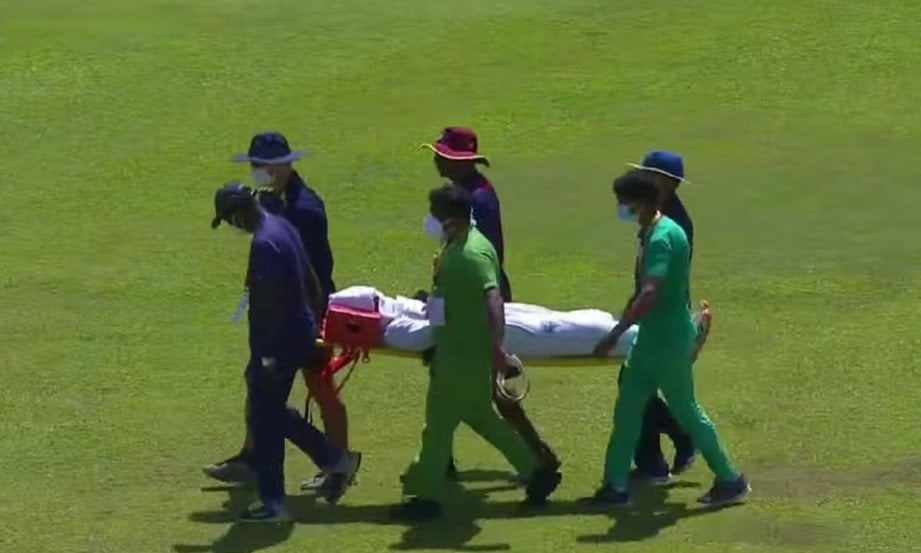 The unfortunate incident took place during the first session on Sunday (November 21) in the 24th over. Veteran bowler Roston Chase bowled a short delivery to the Sri Lankan captain, to which he has struck a powerful pull shot straight at the short leg where Solozano was fielding at that time.

The youngster from Trinidad was hit directly on his helmet grille where the rear part of the helmet came off on its impact as well. After that, Jeremy Solozano was seen lay still on the ground, surrounded by other players, as the physio was treating him. And, he was eventually taken off the field on a stretcher by the medical staff and was taken to a hospital in an ambulance as well.

As far as the game is concerned, Sri Lanka has won the toss and opted to bat first. Pathum Nissanka and Dimuth Karunaratne got off to a steady start and stitched 110 runs in 42 overs as well.

Kraigg Brathwaite said at the toss: “We got a job to do. It’s just about backing your plans and just about enjoying your first game (talking about debutant Jeremy Solozano). Not much of a setback (rained out practice game), we had some good practice games in Antigua and really looking to playing out there in the middle.”

Dimuth Karunaratne said during the toss: “We will bat first. we are playing an experienced team and as batters we have to take responsibility and put up a good score on the board. It’s bit hard (not having played Test cricket of late) but we are used to it and we are preparing really hard the last couple of days.” 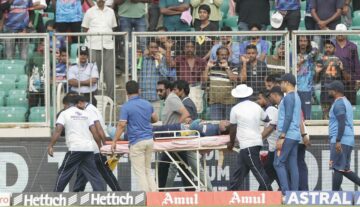 News
By SMCS - Jan 15, 2023
IND vs SL: Ashen Bandara taken off the field after horrific collision with Jeffrey Vandersay