An advocate, Dheeraj Kumar had filed a Public Interest Litigation (PIL) in the Jharkhand High Court against the government for allowing 100% occupancy at the JSCA stadium in Ranchi for the 2nd T20I of the three-match series between India and New Zealand that is slated to take place on 19th November 2021.

Dheeraj Kumar had reasoned that when temples, offices, and even the courts were running at only 50% occupancy due to Covid-19, full occupancy should be allowed in the stadium for the 2nd T20I between the two teams.

The Jharkhand state government has given the go ahead for a 100% capacity crowd for Friday's second #INDvNZ T20I in Ranchi.

In the first T20I that took place on 17th November 2021, the Indian team registered a rather comfortable 5-wicket win over New Zealand with a couple of deliveries to spare. The New Zealand team posted a competitive total of 164/6 on the board, with opener Martin Guptill and Mark Chapman slamming half-centuries.

Bhuvneshwar Kumar and Ravichandran Ashwin were the picks of the bowlers for India as they scalped 4 wickets together. In reply, Suryakumar Yadav and Rohit Sharma played superb knocks to allow India to canter past the target set by the Black Caps.

Opening the batting, skipper Sharma amassed 48 off 36 balls. Yadav scored a flamboyant 62 off just 40 deliveries. And, the Sharma-Yadav duo put on a partnership of 59 runs to help the men in blue make light work of the target set by the Black Caps. Yadav won the Player of the Match award for his scintillating knock. If India wins the 2nd T20I, then they will be taking an unassailable 2-0 lead in the three-match rubber. 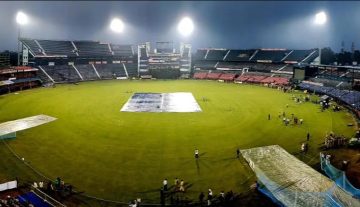