New Zealand cricketer James Neesham, also known as Jimmy Neesham, is very famous cricketer on Twitter. Recently, one Twitter user abused him in Hindi and the Kiwi cricketer replied to him in the perfect way.

Recently, the Kiwi all-rounder had a Q & A session on Twitter. A user abused him in Hindi and expecting to not get caught by the Kiwi cricketer. But, the 27-year-old gave him a perfect reply as that abusive tweet was deleted later.

In the reply of that abusive tweet, Neesham brought his Indian Premier League (IPL) relation and posted, “Do you guys seriously think we play 2 months of IPL and don’t learn any of the language.”

Do you guys seriously think we play 2 months of IPL and don’t learn any of the language 🙄 https://t.co/BNPUjddZJb

The Kiwi cricketer has featured in IPL in only one season and that was in 2014. Playing for Delhi Daredevils in that season, Neesham appeared in only four matches where he scored a total of 42 runs and managed to pick up the only wicket.

However, he had some fun in that Q & A session. Some of those are as follows:

One user asked, “what do you like most about INDIA?”

Neesham replied, “Seriously? I love that no matter where you are you can always turn around and see someone smiling”

Another user asked him, “what questions do you hate to answer?”

Another one asked, “Would you answer a rhetorical question?”

Neesham replied, “Would anyone?”

Another one posted, “Btw You look more handsome than Chris Pratt. Indian Girls are crazy about you.” 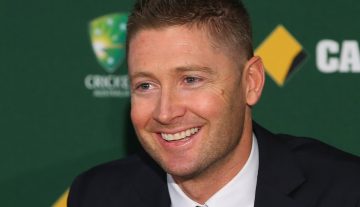