England batsman Joe Root said that England can learn a lot of things from Australia, their arch-rival. He expressed that they could learn how to handle the pressure situations in the World Cup from them. England is all set to play an official warm-up match against Australia on Saturday. However, Australia have won the World Cup title four times in the last five editions.

“Australia have always had strong squads. They’ve gone into every World Cup right up there in terms of the rankings and depth within their squad for a number of those World Cups and they’ve won pressure moments. So there’s plenty to learn from them as a side,” Joe Root said to Sky Sports.

After struggling for a couple of years, Australia finally got back into the grooves in 50-overs cricket and won their last eight One Day Internationals. Moreover, Steve Smith and David Warner’s return in the squad have strengthened the squad prior to the mega event.

“We’ve got two of the best players (Warner and Smith) back playing for Australia now. It’s bubbling up very nicely to be a very exciting series, and I’m sure that World Cup game won’t disappoint either,” Root said. “We want to beat Australia’s strongest side and those two are definitely in that. It’s a very exciting period for us, and we’ve got such a great opportunity to do something very special.”

However, England, one of the favourite teams in the World Cup, will try their best to win the title on their home soil.

“I’d like to think that the way that we’ve improved over this four-year cycle, we are probably ahead of where we thought we would be at this stage,” Root said. “We’ve worked really hard to deserve the tag of the No.1-ranked team going into the tournament; I think we should enjoy that. We should get a lot of confidence from that and really embrace that and enjoy what we’ve been doing and take it forward into the games,” he said.

“The best thing about it is that we are confident, but we are realistic that nothing is ever given to you in this game, and that you are going to have to continue to work very hard. To win a tournament, you have to be consistent as well,” he expressed.

Also read: Shaun Marsh is ready to bat at any position in the upcoming World Cup

The host, England will play their second warm-up game against Afghanistan on May 27, prior to they face South Africa in the first game in the tournament on May 30. 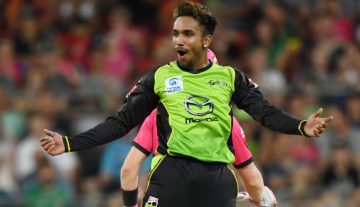