England announced their squad for the upcoming South Africa series in February where Joe Root has been left out of the T20 squad. However, Jofra Archer, Jos Buttler, Ben Stokes and Mark Wood will all be rested when they play their first ODIs. Test captain Joe Root, however, is in the ODI squad, led by Eoin Morgan which plays a three-match ODI series from February 4 to February 9. There are a few players who have earned their maiden call-up in the DI squad, they are — Worcestershire seamer Pat Brown, Somerset batsman Tom Banton and the Lancashire duo of Matthew Parkinson and Saqib Mahmood.

However, Banton and Mahmood are among those five players who were in the T20 squad for England’s 3-2 victory over New Zealand last month but they are dropped for the three T20s in South Africa from February 12-16. Sam Billings, Lewis Gregory and James Vince also left out as Archer, Buttler, Stokes and Wood return to England action.

“These two squads were selected with an eye on the T20 World Cup in Australia in 2020,” national selector Ed Smith said in a press release. “We want to expand the pool of players who can perform successfully for England, while also helping the team to peak for major tournaments.”

Read here: No Cricketer in Custody, Except Bookie Sayyam for KPL Betting

The T20 World Cup is in Australia in October and November in 2020. 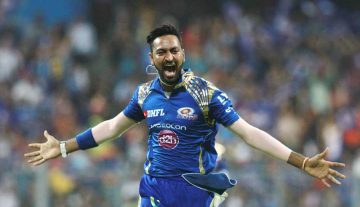 Features
By CricShots - Jan 22, 2018
IPL 2018: Players Mumbai Indians Will Be Targeting In Auction