Australia is currently hosting England in the second Test of the Ashes series at the Adelaide Oval. The hosts put a brilliant performance in the match so far as after winning the toss, the Aussies elected to bat first and nothing went wrong for them since then as they put up a daunting total of 473 runs in their first innings owing to the half-centuries, from David Warner (95), Steve Smith (93), and Alex Carey (51). Marnus Labuschagne smashed a century as well.

But England failed to do well in the game so far as their batter didn’t have answers from the Australian bowlers barring Joe R0ot (62) and Dawid Malan (80) as they were bundled out for 236 runs, but the hosts didn’t ask the visitors to follow on. In the second innings, Australia managed to take a humongous lead of 467 runs owing to the half0centuries from Labsuchagne (51) and Travis Head (51).

After coming out to bat in the second innings, the English batting line-up crumbled again as the down to 82/4 before the end of the day’s play. Adding insult to the injury, the English captain Joe Root was badly hurt after a fiery delivery from Mitchell Starc.

Joe Root suffered d a huge blow in his crotch and immediately he fell down in some serious agony. Every Australian players were sad at the incident. Root was lying on the ground for a long time against Australia. Earlier in the nets, the English skipper had suffered a blow and he went for scans in the hospital, but thankfully nothing was serious for him.

Joe Root’s first born child is going to have a Kookaburra imprint on its forehead.

Have felt for Joe Root a lot this tour but none more so than now. Glad to have never felt this kind of pain #Ashes

Six years on, Alistair Cook finally has redemption for Joe Root laughing at him. pic.twitter.com/5gb2TvIsuz 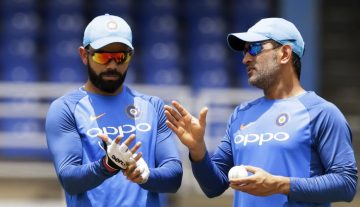