On Thursday, the England Cricket Board (ECB) confirmed that their premier fast bowler, Jofra Archer will be missing the upcoming season of the Indian Premier League (IPL) after further scans on his injured right elbow confirmed a low-grade stress fracture. The premier pacer plays for Rajasthan Royals in IPL and he played just one match in the Test series against South Africa before sustaining the injury.

Archer will also miss the Test series against Sri Lanka and Lancashire’s Saqib Mahmood has been announced as his replacement in the squad on Wednesday.

In the official statement, the ECB said, “England fast bowler Jofra Archer has been ruled out of England’s Test tour of Sri Lanka and the Indian Premier League 2020 season. Archer underwent further scans on his injured right elbow yesterday in the UK which confirmed a low-grade stress fracture. He will now commence an injury rehabilitation program with the ECB medical team with a view to be ready for the international summer campaign starting in June against the West Indies in a three-match Test series.”

Get well soon, @JofraArcher 💪
Wishing you a speedy recovery! 👍

Archer looked poised for a return after he made a comeback in the net session.

Talking about the pace, England assistant coach Graham Thorpe said, “Jofra had a good rhythm and bowled nice and quick today. That’s where we want Jof to be. He looks good, but he will have to come in again tomorrow and back it up. The elbow problem has been a big issue for him. You can’t force that, you have to wait for the player to be confident with it.”

ALSO READ: Shreyas Iyer Asked A Funny Question To KL Rahul After He Smashed A Six

However, it looks like he will be out for atleast for three months and that comes as a huge blow to the youngster. 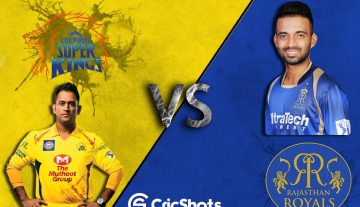