England’s deputy skipper in limited-overs cricket, Jos Buttler recently had a media interaction before taking a flight to South Africa with his England teammates for the limited-overs series. England will play six limited-overs matches – three T20Is followed by as many ODIs – in South Africa between November 27 and December 9.

While Buttler was speaking about the hardships caused due to the ongoing coronavirus pandemic and how the cricketers are lucky enough to get the opportunity to play despite the difficult times, he had to stop speaking as he was suddenly interrupted. However, Jos would never mind such kind of distractions as the interrupter was no one but his daughter Georgia, who is 18-months-old.

Georgia was in a joyful and happy mood and was trying to play with her father. On the Zoom call, Jos was heard saying, “Having my family with me during the IPL has been a huge plus for me and my mental well-being and time spent with them.(In England) they’d be an hour, half-an-hour down the road and you couldn’t get back to see them. It was fantastic to be able to take my wife and daughter out to the IPL and spending so much time together.”

Notably, the cricketer has been spending most parts of his life since July in a bio-secure bubble. The England team has been constantly involved in competitive cricket. First, they hosted the West Indies, followed by Pakistan and Australia. As the players returned from IPL, they will now be entering another bio-bubble in South Africa.

ALSO READ: Virat Kohli Commences His Practice For The Test Series In Australia

Speaking about the experience of living in a bubble, Buttler said, “I found it was tougher to escape staying at hotels on the grounds in England. They were high-pressure matches and when you’ve put a lot into the game, it’s nice to get away. We won’t get to fully enjoy South Africa but everyone has become accustomed to what it’s going to be like. But if you’re feeling under pressure or not quite yourself, the key is to have the confidence to open up and talk about it.” 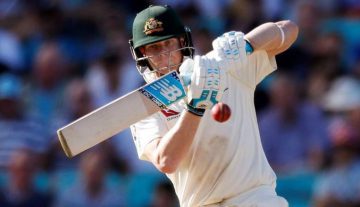 Article
By Shruti - Oct 17, 2019
Steve Smith, Chris Gayle Are Among Most Expensive Players in the Draft of The Hundred