The English wicket-keeper batsman, Jos Buttler has raised as many as £65,000Jersey by auctioning his World Cup 2019 Jos Buttler for the fight against the spreading of the novel coronavirus. It is more than ₹60 lakh. The jersey, worn during the one-day World Cup final against New Zealand, was auctioned on eBay to raise money for the fight against Butler Covid-19. There were 82 bidders. The man who finally paid £65,000 took the jersey of Butler.

Buttler had informed that the proceeds from the auction will be transferred to Royal Brompton and Harefield Hospitals in London. The money can be used to buy life-saving equipment to help fight the coronavirus.

Jos Buttler had said, “This jersey, worn by me during the World Cup triumph, is my favorite. But when it sells for such a good thing, it makes more sense.” He had already announced that the jersey would be handed over to the auctioneer with the signatures of all the players who played for England in the final at London’s prestigious Lords stadium.

To bid on my World Cup shirt in aid of the @RBHCharity go to … https://t.co/9E4vuoVaPn

England won the World Cup final by defeating New Zealand in the final. After the final and subsequent Super Over tie, England was crowned as the winner as per the boundary count rule. The ICC has since withdrawn the law, which has become a hotbed of controversy.

Buttler’s half-century was crucial for England as the Kiwis were bundled out for 241 in their 50 overs after batting first in the final. Butler hit 59 off 60 balls with six fours. Ben Stokes and Jos Buttler had added 110 runs for the fifth wicket with Ben Stokes.

Buttler, along with Stokes, played for England in the Super Over. The duo combined for 15 runs. In reply, New Zealand tied Super over as well. Butler auctioned the jersey, which witnessed so many historical moments in the season. 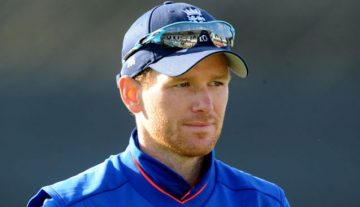