The infamous mankading incident was definitely one of the major highlights during last year’s Indian Premier League. The incident happened during a match between Rajasthan Royal’s and Kings XI Punjab. Then KXIP skipper Ravichandra Ashwin and Royals wicket-keeper Jos Buttler were the 2 main players involved in this infamous incident.  Both the players at that time had stood their ground which lead to a heated debate by cricket fans all across the globe.

It has been just above a year since that incident happened and now, Ravichandran Ashwin and Jos Buttler have moved on from it. Jos Buttler and Ravi Ashwin are now thinking back about the incident and have decided to make a funny spin on the infamous incident. While Indian off-spinner Ravichandran Ashwin decided to share a post on the anniversary of the incident, the player decided to share an important message along with the same.  Jos Buttler, however, decided to make a lighthearted hilarious comment about the same.

Hahaha, somebody sent me this and told me it's exactly been 1 year since this run out happened.

As the nation goes into a lockdown, this is a good reminder to my citizens.

In a podcast interview with sky sports, the World Cup winner was asked about who he will like to be self-isolated with. Buttler responded, “Ravi Ashwin, probably. It’s actually a year ago since I got ‘mankaded’ because I keep getting tweeted about it, saying ‘stay safe, don’t go outside’ with those pictures of me.”

The pandemic spread of the Covid-19 virus has an adverse effect on the cricketing fraternity. There are clouds of uncertainty that lay on the future of India’s star-studded T 20 tournament, the IPL. The Indian government has apposed a nation-wide complete lockdown for three weeks as a safety measure to contain the spread of the virus.  The English player is hopeful that the IPL will continue even if it’s curtailed.

“No news at the moment. We saw, initially, that it was going to be postponed. It’s very hard to see this changing in the immediate future, so I don’t see that as a possibility at the moment. Obviously, it’s such a massive tournament for world cricket, so hopefully some of it can go ahead – perhaps a shortened tournament,” Buttler said.

The whole of England has gone into complete lockdown due to rising cases of coronavirus across the globe. Wicket-keeper Jos Buttler is taking full advantage of the same and using it to time with his family.

“Obviously, very strange circumstances, but it’s actually quite nice to spend some time at home, be with our little girl and actually just be a dad for a bit. I’ve also been doing some Pilates with my Mrs, in my cricket gear,” he said.

He ended with, “The calendar is always so busy, so you’re trying to find times when you can get a bit of a break, so I’m trying to use the time as a positive – although, of course, it’s really unfortunate circumstances and very tough for everyone.” 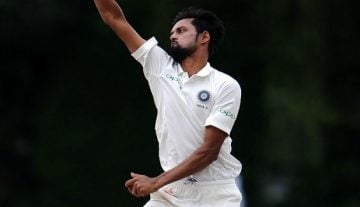