The Australian seamer, Josh Hazlewood has given a hint that playing IPL can be a better practice for the players rather than the Australian domestic cricket, considering the cash-rich league has the capability of moving decent cricketers into “much better players”. Hazlewood, who plays for Chennai Super Kings (CSK) in the IPL, is one of the one few Australian players who play all the formats of the game.

Under the current circumstances, with the coronavirus disturbing the cricket calendar, Hazlewood also acknowledged the prospect of the IPL taking place creates some “tough” decisions for those with deals in the cash-rich league.

As per the quotes in ESPNCricinfo, Hazlewood said, “There are a few things to fall into place yet but the IPL is such a huge part of the year for a lot of players and probably the strongest T20 competition in the world, up there with the Big Bash, and you learn a lot about how to play your T20 cricket and how to play in those conditions.”

He further added, “You’ve seen guys come out of it much better players so there’s a lot of positives to it, so if that takes a few games off us playing for New South Wales in the build-up to the international summer that’s a tough call, (and) probably comes back to the individual.”

Josh Hazlewood also opined that also said that it is imperative that players, especially pacers, get to train while undergoing quarantine.

ALSO READ: Fate Of The Women’s World Cup 2021 Will Come-out In A Few Weeks?

Explaining the same, Hazlewood said, “We’ve built these loads up as fast bowlers then two weeks really hurts us coming into a summer of Test cricket. As far as red-ball ball cricket goes I feel I only need one, maximum two games, to get ready for a Test. There have been summers where we’ve come from a white-ball tour and only played one (red-ball game) and it’s been fine.” 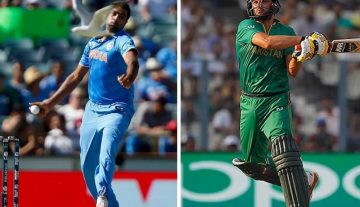