Former South Africa cricketer JP Duminy has decided to retire from all forms of the game. He had retired from international cricket right after the World Cup last year but continued to play the franchise cricket. He has played in the Global T20 Canada and for Barbados Tridents in the Caribbean Premier League.

“My drivers have always been if there is a purpose. When it came to South Africa there was a higher purpose and the kids that look up to you. My ambition is to make it known to younger players about that responsibility. It is great to be free and young, but to also be aware of what you do has consequences. With great power comes great responsibility. And playing international cricket you had a degree of purpose,” JP Duminy was quoted as saying by IOL.

“I am young enough to play and still earn money from the franchise game, but I am lacking a strong purpose with that. I played CPL and Canadian Premier League. I found at the CPL there is a hunger for young players to seek out older players. I don’t know what’s next. I had to take a bold step of closing a door before I could open the next door,” Duminy further shared.

“The journey ebbed and flowed, but there is 100% no regrets. The standout is more about impact and relations developed over the years, particularly with the players. That is something I will always hold dear. It’s been a journey where I doubted myself countless times and also had unbelievable moments. It is these moments that have built me into who I am today,” he told.

“People will look at my career and question of “what if?” In regards to the talent I have. I don’t think it has been due to lack of effort put it. I am truly chuffed by the opportunities that I have been given, but it’s now all about looking forward and what’s still in store for me,” JP Duminy stated. 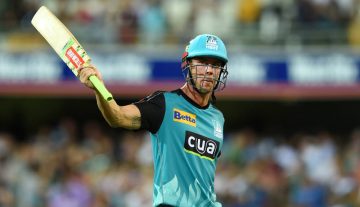