The Australian head coach Justin Langer reckons that the Indian skipper, Virat Kohli’s on-field antics during India’s tour Down Under in 2018-19 triggered reactions in the dressing room. However, the hosts were unable to express it following the ball-tampering scandal.

Cricket Australia had been working towards making a cultural shift after its reputation was slandered by the ball-tampering scandal. Langer was appointed as the head coach shortly after Darren Lehman stepped down following the infamous scandal. Langer’s primary job was to create a culture in the team that is reflective of the rich legacy of Australian cricket.

The India Test series in 2018-19 came at a crucial juncture as everyone was looking forward to watching the Australia team’s behavior following the ball-tampering saga. However, Virat kept going with his in-your-face attitude as India clinched a historic 2-1 series win, outplaying Tim Paine’s Australia in all departments of the game.

In Amazon’s documentary, ‘The Test’, Langer said, “I remember that afternoon (feeling) like a punching bag. We can’t fight back because it felt like we had our hands behind our backs and we just had to take it. You must be feeling the double standards the way their captain is carrying on and we sort of have to be careful. Imagine if we behaved 2 out of 10 for that.”

Justin Langer can also be seen in the dressing room, telling his team to identify the difference between abuse and banter and stick up for their teammates. On day four of the second Test at Perth, Kohli and his Australian counterpart Tim Paine were seen smashing some verbal wallies. That was time Paine thought he had enough.

Describing the incident, Paine said, “I sort of just had enough and thought you also have to stand up for yourself and your teammates and that was one of the reasons I thought, ‘no, I’m the captain, it’s my turn, I have to stand up and show him we’re here for the fight’.”

Throughout the 4-match series, Virat Kohli was involved with banters with Australia players. Even wicketkeeper-batsman Rishabh Pant was at it, constantly chipping at Australia players from behind the stumps. 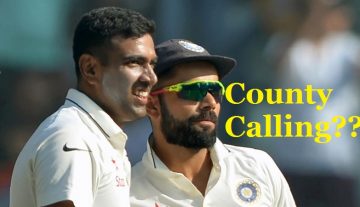