South African fast bowler, Kagiso Rabada has said that there is less pressure when it comes to ODIs ahead of the series opener against India on Thursday. India and South Africa will be facing each other in a three-match series with the hosts fielding a relatively young and inexperienced side. The Proteas have gone for a strong squad with the likes of Rabada, and Wayne Parnell leading the bowling attack as they look to gain some momentum before jetting off to Australia for the T20 World Cup.

The toss for the first ODI has been delayed due to rain with the possibility of thunderstorms also present throughout the day. Speaking ahead of the match, as quoted by ESPNCricinfo, Kagiso Rabada said, “It comes down to the cliche of control what you can control. Rain is around… hopefully we can play. T20 and one-day cricket are similar. You have similar game plans. There is less pressure in this format…”

This isn’t the first time Rabada has talked about the different formats of the game. A few days ago, the pacer said that T20 cricket is a batter’s game. He went on to say that the use of a couple of new balls is to encourage higher scores and a bowler will have to find a way to become successful in the format.

Explaining the same, Kagiso Rabada said, “I will say that T20 is a batter’s game. Bringing in things like two new balls, it’s all to encourage higher scores. As a bowler, you have to find a way to become successful.”

ALSO READ: Rajat Patidar Points Out The Turning Point Of His Career 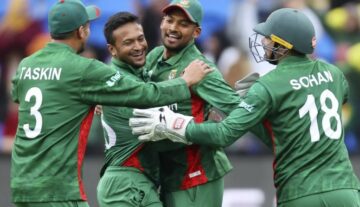