South African speedster Kagiso Rabada has asserted that the hosts are slightly ahead in the first Test as they now enjoy an overall lead of 142 runs with eight wickets in hand, going into the third day of the opening cricket Test.

Talking about the expected first innings score, Rabada said, “It is tough to say what fourth innings’ score we are looking for right now. We are looking at batting time, looking to bat normally and see what happens from there. We want to make it hard for them to score.”

When asked about Dale Steyn, who has been ruled out of the remainder of the series with a bruised heel, Kagiso replied, “It’s never nice for Dale Steyn because he’s just come back from injury, so just feeling very sympathetic for him. It’s not a nice thing, but we have to find a way to win this Test match. Luckily this time, we went with four-seamers. So there are three seamers now that have to do the work.”

Rabada also addressed the fact that they need to find a way to counter a player like Hardik Pandya, he said, “Looking at a player like him, he likes to play his natural game by playing shots. Sometimes that can put you on the backfoot or sometimes that can pay off for the bowling side. We need to find a way to counter him. As you have seen Hardik Pandya got dropped, but he did play well. So I think it’s a wicket where you need a little bit of luck. You need to really grind.” 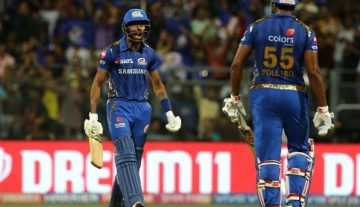