The India U19 team rewrote the history by registering a thumping win over Australia U19 in the finals of the recently concluded ICC U19 World Cup 2018. The tournament is done and dusted, but the celebrations seem to be everlasting for the Indian players. Well, neither do the rewards halt to come to the way of the U19 cricketers. The recent beneficiary entry to the list is Kamlesh Nagarkoti.

The Rajasthan government has announced a cash reward of ₹25 Lakh for Nagarkoti. Rajasthan Chief Minister Vasundhara Raje confirmed the reward when the annual budget of the state was recently announced. Kamlesh Nagarkoti was one of the top performers in the Indian team during the recently U19 World Cup in New Zealand.

Nagarkoti grabbed a bunch of eyeballs with his lightning-fast deliveries as he was clocking the speed of 140+ on a regular basis in the tournament. He even managed to come into the limelight with his impressive bowling performances. The pace bowler was bagged by the Kolkata Knight Riders (KKR) for a huge price of ₹3.2 crore. He was among the costliest buys among the U19 players at the IPL 2018 auctions.

In the KKR squad, he will be bowling along side the bowlers like Mitchell Starc. Vasundhara Raje congratulated Kamlesh in her budget speech as well. Talking about Nagarkoti’s performances, the fast bowler first wreaked havoc in the first league game of the Indian team. He outclassed his Australian counterparts in the game as he bowled at faster speeds than them.

Nagarkoti bowled yorkers at will in the death overs as well. Nagarkoti was very well supported by other pacers Shivam Mavi and Ishan Porel. While the India U19 batsmen made most of the headlines, the Indian bowlers managed to bag their share of the limelight as well.

Kamlesh Nagarkoti has played his cricket in Rajasthan. Born in Barmer, Rajasthan, Nagarkoti worked hard in Jaipur at the age group levels. He is currently playing for the Rajasthan team in the Vijay Hazare Trophy 2018. In his first game for the team was not a very fruitful one though. He returned with figures of 0/38 in the match against Madhya Pradesh. 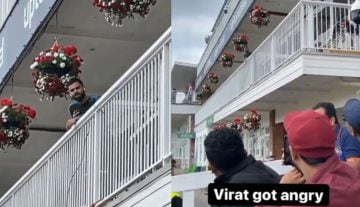