Ahead of the second and the final Test against Indian at the Wankhede Stadium in Mumbai, New Zealand has suffered a huge blow as their skipper, Kane Williamson has also been ruled out of the game. He has been dealing with an elbow injury for quite some time now. He’s been managing the injury for a while and it recently flared up in the lead-up to the T20 World Cup in the UAE, forcing Williamson to limit some of his movements at the nets.

In the absence of Kane Williamson, Tom Latham will be leading the New Zealand team. Accoridng to the reports of ESPNCricinfo, the hosts also have suffered some blows as Ajinkya Rahane, Ishant Sharma, and Ravindra Jadeja have been sidelined from the game. Ishant dislocated his left little finger during the final day of the Kanpur Test.

Williamson has been sidelined due to a long-standing elbow injury

Jadeja suffered a right forearm injury during the first Test and he has also been sustaining a swelling on his forearm which was revealed after undergoing scans. He’s been advised to take some rest. Rahane sustained a minor injury in his left hamstring while fielding on the final day in Kanpur and he has not been able to attain complete recovery since.

The second Test was scheduled to be commencing at 9:30 am on Friday but the wet outfield due to the persistent rain in Mumbai in the last couple of days has delayed the toss as well. Some of the recent reports have suggested that the next inspection will be taking place at 10:30. 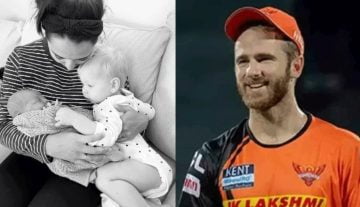 Social Shots
By CricShots - May 23, 2022
Kane Williamson Welcomes A Baby Boy Along With His Partner