With the Indian Premier League (IPL) 2020 scheduled to be commencing on September 19, the debate over whether Mankad dismissal comes within the spirit of cricket is once again in the news. Last month, Delhi Capitals (DC) coach Ricky Ponting had clarified that no cricketer in his team would be allowed to get Mankad a batsman during the IPL 2020.

This was in response to Ravichandran Ashwin Mankading Jos Buttler in a match between Kings XI Punjab (KXIP) and Rajasthan Royals (RR) in the last edition of the cash-rich league. Ravichandran Ashwin was bought by Delhi Capitals during the trade window ahead of IPL 2020.  Joining in on the debate, former Sunrisers Hyderabad (SRH) skipper, Kane Williamson has said that he would certainly not encourage Mankading.

ALSO READ: Ravindra Jadeja Received As Sword And Memento As Gift From CSK

During a recent chat with The Week, Williamson said, “No, I certainly do not encourage it. That is not something that we look to do at all as a team. As I said, we have behaviors that are important to us as a group, and something like that does not fit with us, so that is my stance.”

He further elaborated, “However, if someone is looking to cheat, I think it would be worth having a quiet word with him and make sure the rules and spirit of the game are upheld. As ambassadors of the game, I think it is really important to stay within those lines.”

In the same interview, Williamson also went on to share about his experience in the IPL bio-bubble and his thoughts on SRH’s preparations in UAE.

Describing the same, Williamson said, “It will be a challenge. It is important for players to get out of their rooms and socialize. In India, there are whole traveling days. Here, it is about one-and-a-half hours by road. It will be important to come up with activities and options for players to get enjoyment on off days and to keep them fresh. It is a long time to be isolated.” 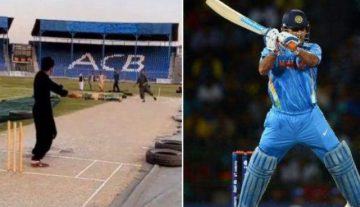