Patience and application at the crease were the keys to New Zealand’s innings and 65-run win over 50-over World Cup winner England in the first Test at Bay Oval on Monday said New Zealand captain Kane Williamson. After having declared on 615-9, England put up 353 in their first inning and then they were bowled out for 197 in Mt. Maunganui.

The main difference between the two sides was the patience and decision-making, where New Zealand’s middle-order showed immense patience and because of that, they had the last laugh as well. Man-of-the-match BJ Watling, who scored his maiden Test double-hundred with 205, shared the strong partnerships with Henry Nicholls, Colin de Grandhomme and Mitchell Santner and batted for 667 minutes — longer than England’s entire innings.

“His application at the crease and his focus … he faced nearly 500 deliveries which was an incredible effort,” Kane Williamson said.

Moreover, the decision making of Root is also a greater concern for them along with the lack of experience. Joe Root is the only player with a Test average more than 40, while Jeet Raval is the only player in New Zealand’s top-seven having an average under 40.

The England captain, Joe Root, however, said that he felt his side would be able to bounce back quickly.

“I thought we did a lot of good stuff,” Root said. “We just need to do it for longer. There are areas we can definitely address. We just have to make sure that we continue to work really hard (because) we have got an opportunity to come back and level things up.” 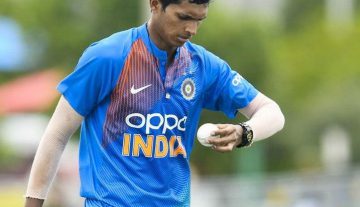