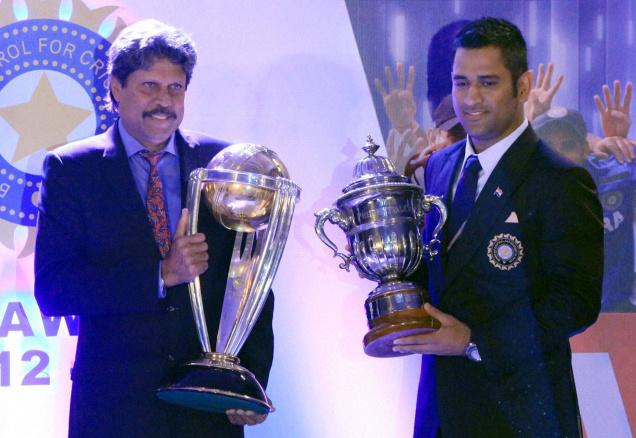 Former Indian captain Kapil Dev has come in support of Mahendra Singh Dhoni and said he is an asset to the team. Since after Dhoni’s slow innings against New Zealand in Rajkot T20I, he has been on the radar of some critiques, who had asked him to call a time over his T20 International career.

However, Kapil came in his full support and thinks there is a lot of cricket is left in him despite a slight dip in batting approach since last 8-9 months.

“Dhoni is an asset, quite like Sunil Gavaskar was when I was the captain. It helps to have mature players in the team. He’s very humble and, yes, has a good cricket brain. Dhoni comes across as somebody who is fully aware of whatever he’s doing. My personal view is that Dhoni should play till there’s somebody better than him in ODIs and in T20Is,” said Kapil Dev.

The great all-rounder further added “It’s not just that there’s nobody even close to Dhoni and that it’s good to have an experienced head around, but he’s supremely fit. The level of Dhoni’s fitness fits into captain Virat Kohli’s scheme of things. Kohli is a huge one for fitness and leads by example. Dhoni maybe over 36, but he scores on that count. In any case, as I’ve said, he’s an asset.”

“When there’s no replacement, what’s the use of trying to question the utility of an asset like Dhoni? It’s a waste of time,” he concluded while saying.

Dhoni is only active in limited-over cricket since his Test retirement at the end of 2014 in Australia. Also, he left the Indian captaincy earlier this year and handed the baton to Virat Kohli, who is trying to fill his shoes with some exceptional cricket in all three-formats. Thus, it is very visible with his decisions that he understands the needs of the situation and he will be the first one to take a step back when the time will come.