India’s World Cup-winning skipper, Kapil Dev reckons that the fans should not put pressure on Arjun Tendulkar due to the latter’s association with his father, Sachin Tendulkar. Back in 2018, Arjun made his U19 debut in a first-class match against Sri Lanka, but didn’t play in the U19 World Cup in 2020 in South Africa.

Thereafter, Arjun went on to play a couple of T20s for Mumbai in the Syed Mushtaq Ali Trophy, after which Mumbai Indians (MI) bought him in the Indian Premier League (IPL). However, the bowling all-rounder is yet to make his debut in the cash-rich IPL. Kapil Dev reckoned that Arjun should be allowed to play with a free mind.

During a chat with Uncut, Kapil Dev said, “Why is everyone talking about him? Because he is Sachin Tendulkar’s son. Let him play his own cricket and do not compare him with Sachin. To have a Tendulkar name has perks and disadvantages as well. Don Bradman’s son changed his name because he could not soak up that kind of pressure. He removed the surname Bradman because everyone expected him to turn out like his father.”

He further added, “Don’t put pressure on Arjun. He is a young boy. Who are we to say anything to him when he has the great Sachin as his father? But I would still just like to tell him one thing Go and enjoy yourself. No need to prove anything. If you can become even 50 percent like your father there is nothing better. When the name Tendulkar comes up, our expectations rise because Sachin was such a great.”

In the couple of T20 matches, Arjun picked up two wickets at an economy rate of 9.57. Earlier, Mahela Jayawardene, the MI head coach, said that Arjun needs to work on certain aspects of his game to make his debut for the five-time IPL champions. 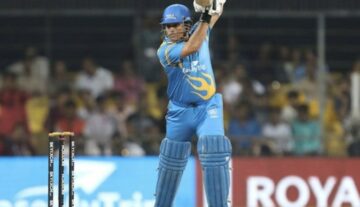