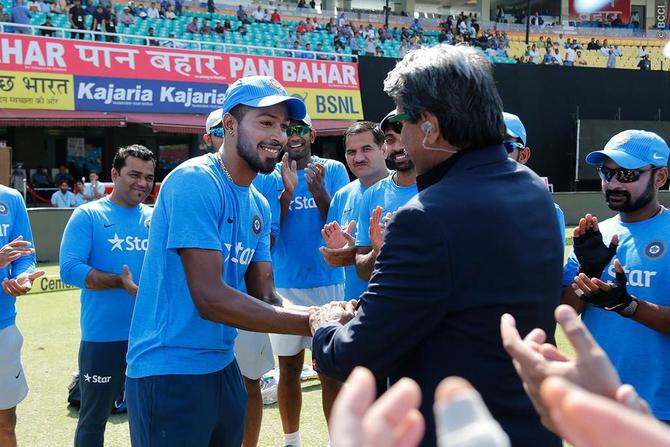 Former Indian captain Kapil Dev thinks that current Indian players can take rest any time whenever their body needs it and tag the current breed as ‘professional players’.

“They (cricketers) can take a break if they don’t want to play…they are professionals. If you (journalists) are a professional, (and if) you cannot write an article, somebody else will write. If you are not professional, you are doing for enjoyment and your passion, then it’s different,” said Kapil Dev.

He further added, “I think today’s game is profession and a professional can always say, ‘I don’t want to play, ‘I can play’.”

However, former all-rounder believes that he is no one to judge them whether they are playing too much cricket or not. “If cricketers (are) saying there (is) too much cricket, must be. I don’t know. I am not with them. I cannot really make any judgment on their behalf,” he quoted to PTI.

He concluded while praising the current Indian team and said that they are playing well since last 10-15 years. “I think they are wonderful. They are a great team at the moment. Last 10-15 years, the Indian team has done really well,” he signed off.

India played some exceptional cricket in Kolkata Test, where they dragged Sri Lanka on their knees after being behind them for first four days. India missed to win that match by a whisker and now they will fight to take a 1-0 lead in Nagpur from November 24, where both teams will lock horn for the second Test.