Koffee with Karan, the popular gossip show, hosted by Karan Johar has been hogging the limelight for all the wrong reasons over the last few weeks. The misogynist comments from Hardik Pandya and KL Rahul on the show have put the careers of the young cricketers on jeopardy and even the reputation of the show has been hampered. Karan Johar himself acknowledged that he felt responsible for whatever happened with the cricketers and the case has gone out of his control now.

Ever since the controversy has seen the daylight, the talk show has also added a disclaimer that the comments made on it are not intended to hurt anyone. However, one has to say that Rahul and Pandya have already been facing the repercussions of the same. They have been suspended pending inquiry and Supreme Court has set February 5 as the date to appoint Ombudsman after which the verdict will come out on the matter.

Meanwhile, along with the cricketers’ public image, Koffee with Karan has also seen to have faced a huge blow in terms of a financial loss. Ahead of the new season, Karan was seen bragging about the new sponsors in Google Home and it was used during the show as well during the rapid fire round.

However, the Google Home seemed to have pulled itself out after the misogynistic and sexist comments controversy according to the reports in mysmartprice. In the latest episode of the Koffee with Karan show which was aired for the first time since the Pandya-Rahul fiasco, Google Home wasn’t shown on the cover bit. It earlier read as ‘Google Home Together with Koffee with Karan’ on the cover but there is no mention on the poster of the latest episode.

Having said that, Google Home was used during the rapid fire round even as no official statement has been released from either party which is why this information could be termed as ‘conjecture’. It also remains to be seen if any official statement comes from the show organizers on the matter. 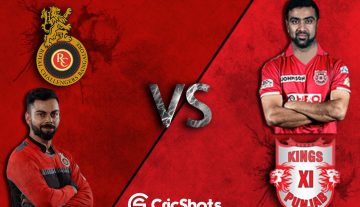