India registered a nail-biting three-run win over New Zealand and became the first team to qualify for the semi-finals of the ongoing ICC Women’s T20 World Cup in Australia. After the win, ICC posted a tweet where youngster Jemimah Rodrigues was seen dancing with an off-duty security guard. However, Bollywood actor Kartik Aaryan noticed the tweet and also responded.

Sharing the video on his Twitter handle, Kartik Aaryan revealed that the right-handed swashbuckling batter Jemimah is his “favourite cricketer”. Like a huge fan, he asked Jemimah to bring the World Cup trophy home as well alongside the security guard.

The video where Jemimah was seen dancing on a hit number “Haan Main Galat” was from Kartik Aaryan’s latest release Love Aaj Kal which was initially posted by ICC on their every social media platforms, including Twitter and Instagram.

The 19-year-old cricketer who made her international debut in 2018 has been impressing everyone with her free-flowing scores. Jemimah Rodrigues made her Twenty20 International (T20I) debut against South Africa in February 2018. In the 42 T20Is, she has amassed 915 runs which came at an average of near to 27.

In the ongoing T20 World Cup, India have won all their three group games so far and are comfortably placed at the top of the Group A which includes the defending champions Australia, New Zealand, Sri Lanka and Bangladesh.

India started their campaign against Australia on the back of a stunning spell of leg-spinner Poonam Yadav. In that game, Jemimah Rodrigues scored 26 runs. In the next game against Bangladesh, she scored a stable 34 runs, helping India put up their highest total. India won the match by 18 runs and registered their second successive victory as well. 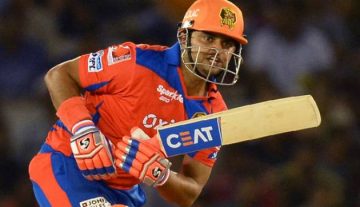 Article
By CricShots - Apr 12, 2017
IPL 10 – An opportunity for Suresh Raina to make a national comeback.