After witnessing a disappointing performance in the Ashes series, England’s team will be trying its best to have a phenomenal performance against the West Indies. The Englishmen under the captaincy of Joe Root, England faltered badly on the first day of the opening game of the three-match series at the Sir Vivian Richards Stadium at Antigua. England’s first four wickets fell on the score of just 48, and a lot of credit for the same goes to Kemar Roach, who scalped two of the top-3 English batters.

However, despite the bad start initially, Jonny Bairstow saved the shame by playing a brilliant inning. In difficult times, the English team had high hopes from their captain Joe Root, but he became a victim of cheap fast bowler Kemar Roach. Roach bowled Root to Root on a superb delivery.

Joe Root came out to bat at number three after openers Alex Lees (4) and Jack Crawley (8) returned to the pavilion in the fourth over. Root opened his hands in the beginning and then went on the second ball of the 9th over bowled by Roach.

Roach bowled an inswinger, which Root had no idea of ​​at all. He understood that the ball would go out after falling on the pitch but it did not happen. The ball went quickly into the stumps and Root kept looking at it without playing a bat.

ALSO READ: No Surgery Required For Deepak Chahar, He Can Play IPL 2022 Mid-season

Here is the video of the dismissal of Joe Root by Kemar Roach:

Jonny Bairstow (109 not out from 216 balls) made three important England partnerships after the top order collapsed, helping England reach 268/6 at the end of day one. Bairstow made a partnership of 67 runs with Ben Stokes (36) to take the team past the hundred. After this, Bairstow shared a 99-run partnership with Ben Fox (42) to take England past 200 runs. He has made an unbroken partnership of 54 runs with Chris Woakes. Woakes is at the crease after scoring 24 runs. 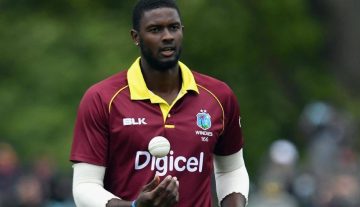