The veteran Irish cricketer, Kevin O’Brien decided to announce retirement from all has announced his retirement from One-Day Internationals. Kevin O’Brien, 37, played as many as 153 ODIs, with his final appearance coming against the Netherlands on June 7.  He made his ODI debut against England in 2006, accumulated 3619 runs from his 141 innings at the strike rate of 88.79 with his highest score of 142 which came against Kenya.

O’Brien had amassed a couple of centuries in ODI cricket in total, one of which was the famous 113 against England in the 2011 World Cup, where he completely dominated the English bowlers in Bangalore. The knock is widely regarded as the best ever by an Irish player, and one of the greatest in World Cup history.

Announcing his retirement on Ireland cricket’s website, Kevin O’Brien said, “After 15 years playing for Ireland, I feel now is the right time to step away and retire from ODI cricket. It has been an honor and a privilege to represent my country 153 times and the memories I take from them will last a lifetime.”

ALSO READ: Virat Kohli Reveals What Changes The Perception Of WTC In The Team

He further added, “This has not been an easy decision, but after ongoing consideration, I don’t feel I can contribute to the ODI team as much as I have in the past. The hunger and love for the ODI format is no longer the same as it was and it wouldn’t be fair to Andrew, Graham, the team and our supporters to continue to play while no longer feeling at 100%.”

Kevin O’Brien also elaborated, “I’ve had some unbelievable moments with the team since 2006 – the three World Cups, the personal successes and spending time traveling and playing all over the world, but I will now shift my focus and remain fully committed to T20 cricket – with two world cups in the next 18 months – and hoping to add to my three caps in Test cricket.”

Apart from scoring over 3,500 ODI runs, Kevin O’Brien also scalped as many as 114 ODI wickets, the most by any Irish player. He also ended as the player with the most catches taken by an Irish player, pouching 68 catches in total. Despite calling it a day from ODI cricket, the 37-year-old will continue representing Ireland in both T20s and Tests. 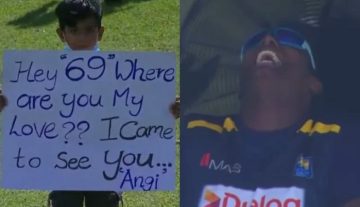