The coronavirus lockdown has forced the people around the world to stay at home and now they are finding it difficult to keep themselves entertained. A majority of sporting events, one of the major sources of entertainment, have also faced the brunt of this global pandemic. The veteran cricketers, David Warner, and Kevin Pietersen have taken it upon themselves to keep their fans around the world through various means, including their TikTok videos.

On Thursday, Pietersen took to Instagram and posted a trick video. In the video, he gives the impression that his neck has detached from his body and his head is sliding down the staircase on its own, with his rest of the body being stationary at one position. Captioning the video, Kevin wrote: “Anyone else lost their head during #lockdown?!?!”

Here is the hilarious video:

Anyone else lost their head during #lockdown?!?! #tiktok 😱

While it is hard to find any silver lining to the global pandemic, Pietersen found a bright side to COVID-19. The cricketer-turned-commentator on Wednesday thanked the novel coronavirus for making “awkward greetings” rituals, like kissing on the cheek or shaking hand, a thing of past.

Pietersen tweeted: “The one thing I’ll thank Covid for, is NO MORE of those awkward greetings. One kiss on a cheek, or two, or 3, like in Europe etc. And the handshake for NO REASON! They’re GONE!”

During this lockdown, former English skipper has been conducting many live sessions on different social media platforms and during one such interaction, he was asked to pick between Indian skipper Virat Kohli and Australia’s Steve Smith by fellow-commentator Pommie Mbangwa.

ALSO READ: Yuvraj Singh Gave A Hilarious Reply To his Fan On Instagram

Pietersen, without thinking much, picked Kohli over Smith, even going on to say that the former Australia captain “doesn’t even come close” to the Indian superstar.

Former English skipper had said, “Kohli, hands down. Freakshow. His record chasing, winning games for India with the amount of pressure he consistently lives under, Smith doesn’t even come close.” 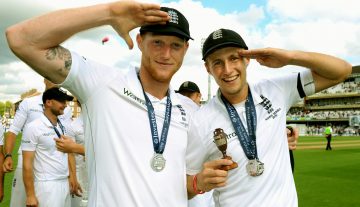