After witnessing a forgettable 4-1 loss in the T20I series, Australia managed to make a strong comeback in the ODI leg and defeated West Indies 2-1. With the series leveled at 1-1 ahead of the final ODI, the Men in Yellow came out all guns blazing in the third game with the stakes being high and walked away with a comfortable six-wicket triumph.

One of Australia’s standout performers in the match was Matthew Wade. Chasing 153 for victory, the southpaw came out to bat at number five with the scorecard reading 65/3. The track was definitely assisting the bowlers and the likes of Jason Holder and Alzarri Joseph were looking lethal. However, Wade paced his knock to perfection and slammed an unbeaten half-century to take his side over the line in 30.3 overs.

However, Matthew Wade’s stay at the crease would have come to the halt if Kieron Pollard decided to run him out at the non-striker’s end before delivering the ball. For the unversed, the West Indies skipper, who has usually been known for his medium pace bowling, turned into an off-spinner on this occasion. During one of the overs, he had the opportunity to get the wicket of Wade by dislodging the stumps at the bowler’s end. However, he instead decided to leave the Aussie with a warning.

Now, running out the non-striker is a perfectly legal form of dismissal, but, not a lot of bowlers around the world opt to use this way of getting a wicket. Pollard seems to be belonging to the latter category as he gave Wade a lifeline. However, the replay suggests a slightly different story.

It seemed like Keiron Pollard intentionally waited for Matthew Wade to leave the crease by delaying the release of the ball. Although he didn’t take the bails off, he has been criticized by the fans.

Earlier in the game, West Indies, after winning the toss, put up a forgettable batting performance and got bundled out for 152 runs. Mitchell Starc took three wickets with his thunderbolts while Josh Hazlewood also got a couple of scalps. In reply, Australia had no issues didn’t break a sweat and crossed the line with in just 31.3 overs. 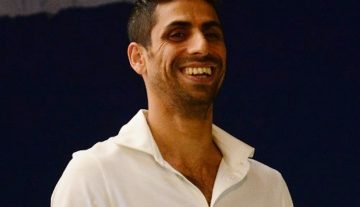