West Indies’ limited-overs captain Kieron Pollard said that the break because of the COVID-19 pandemic is a good time to “introspect” about own careers and players should use it to the extent by staying mentally and physically fit as well. The coronavirus outbreak, which has taken over 12000 lives and infected more than 250,000 globally, has led to the cancellation and postponement of every sport events across the globe. He also added that it is a good time to reflect on their own game also.

Kieron Pollard, who was earlier ruled out of the Pakistan Super League due to injury in his right leg earlier this month, said that it is time to work on his fitness and prepare for the upcoming season which also included the T20 World Cup later this year.

“You have to take this time in order to do that and also keep yourself in good physical shape, and mentally as well, because when the bell rings and they say ‘ok, everything is back to normal and we need to go on tour’, it might not be enough time to be prepared, but you as an individual have to be prepared mentally in order for you to try to perform at your best,” he said.

Cricket West Indies (CWI) had recently postponed all their domestic season by a month due to the novel coronavirus. On Friday, the England and Wales Cricket Board (ECB) have suspended all professional cricket till May 28. This also delayed the start of the new season as well. West Indies were scheduled to play a three-match Test series starting from June 4, after the warm-up matches against England Lions and Worcestershire which will take place on May 22 and 28 respectively. 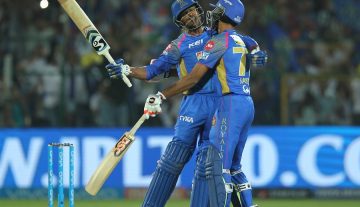